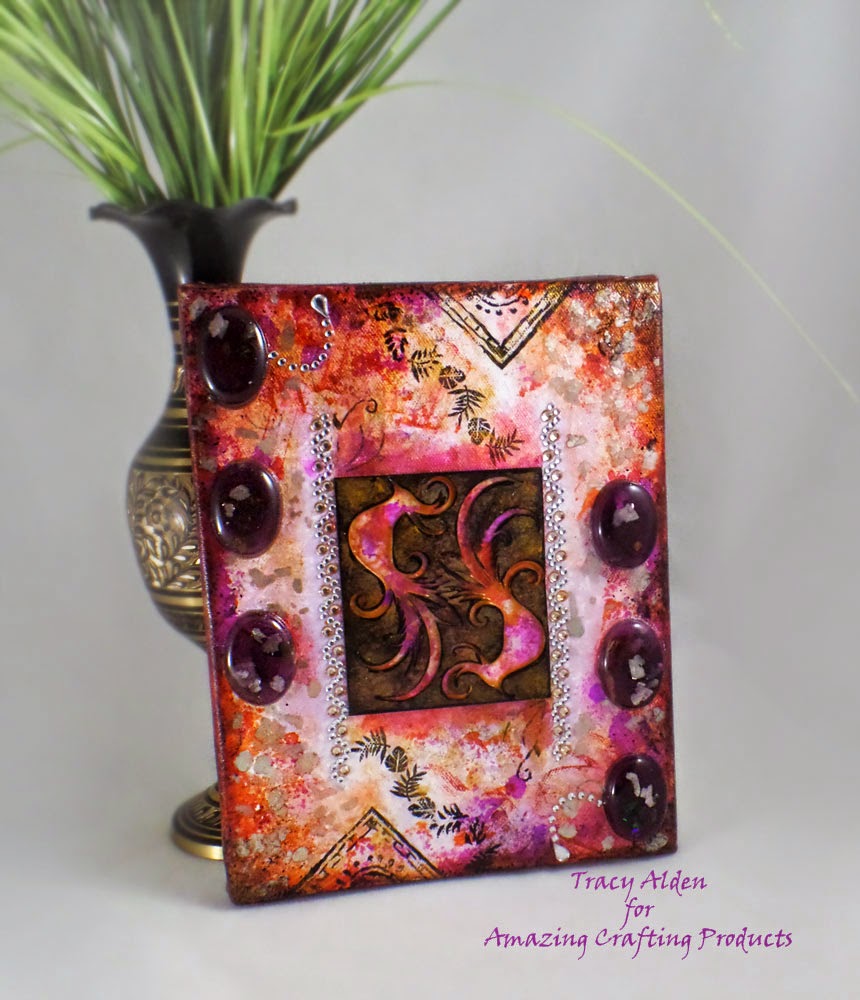 Hello! Tracy here with a inspiration post using the wonderful supplies from Amazing Crafting Products and our "Partners in Crafting," FrogDogStudio.com.

Inspiration is a strange creature – this time it snuck up on me while sorting what I call my resin "save for later" bin. This bin is populated with all kinds of resin pieces, some finished, uneven pourings or even pieces I just didn't know what to do with. Often when pouring resin if I have extra, I pour it into cabacion molds, this way no resin is wasted and they end up in the bin for later use. 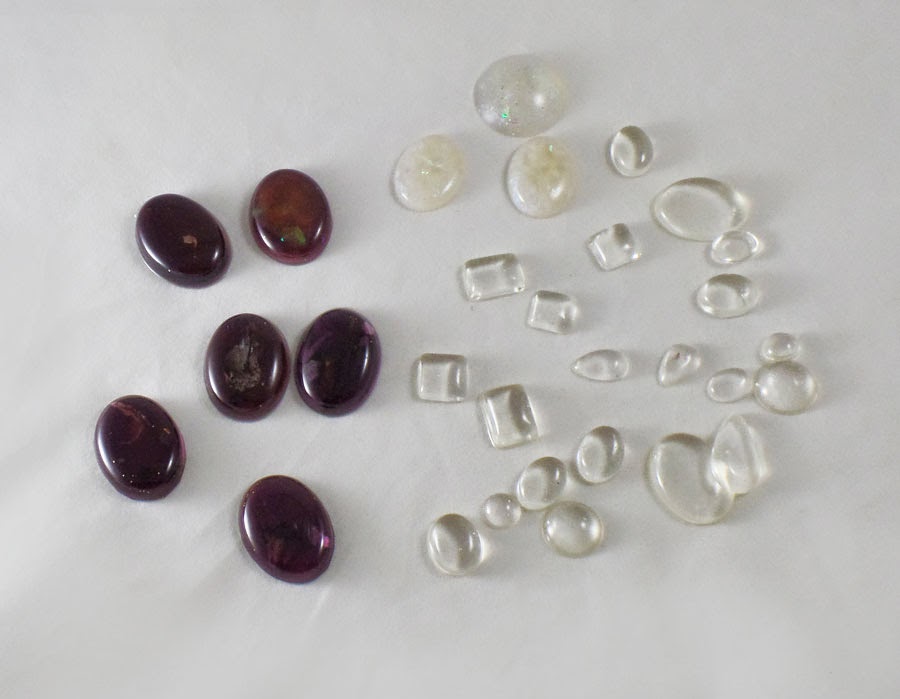 I had some cabachon pieces in the bin, some clear some tinted. I had poured some Amazing Clear Cast Resin tinted with Alumilite Dyes but I had been a bit eager with putting one too many drops of dye in, leaving me with some rather intense dark purple pieces. Theses little ovals made me think of carved stones so it got me thinking of trying out a mixed media piece. 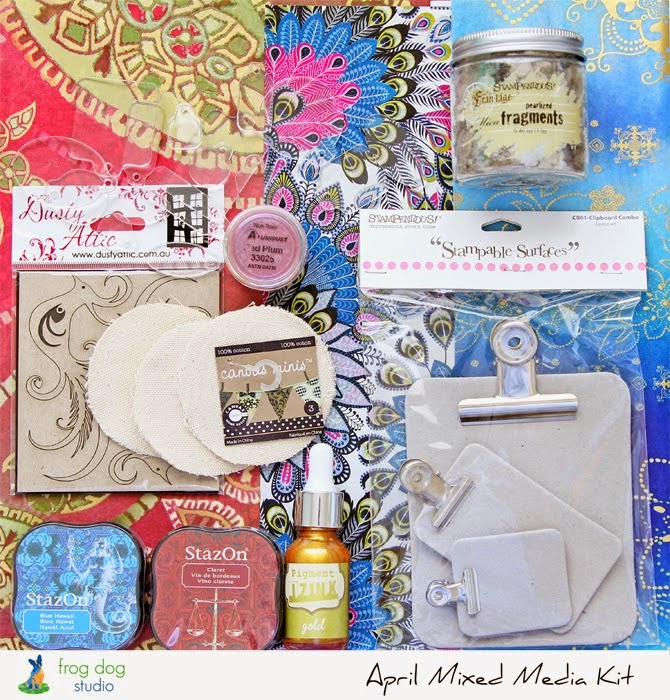 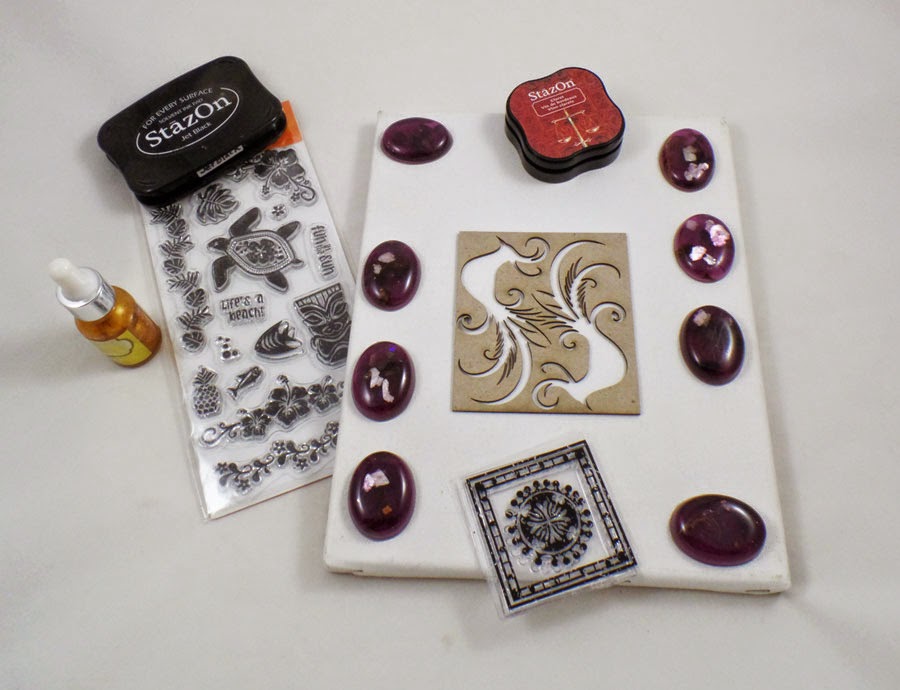 Digging around for some paints, inks and some stamps I started to layout the project on a old canvas, figuring out which direction to go. 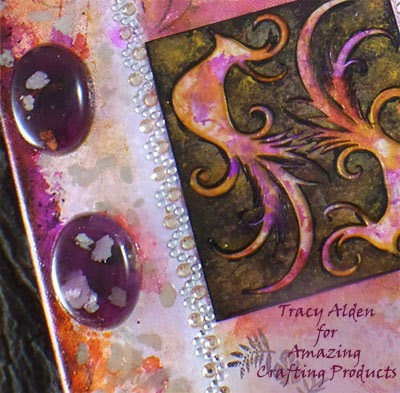 After applying several layers of acrylic paint, I stippled on alcohol ink and the Gold iZink Pigment Ink. After they dried I applied a water based sealer and sprinkled on the Mica fragments and glued on the purple resin cabachons. The chipboard bird frame became my focal piece on the canvas. 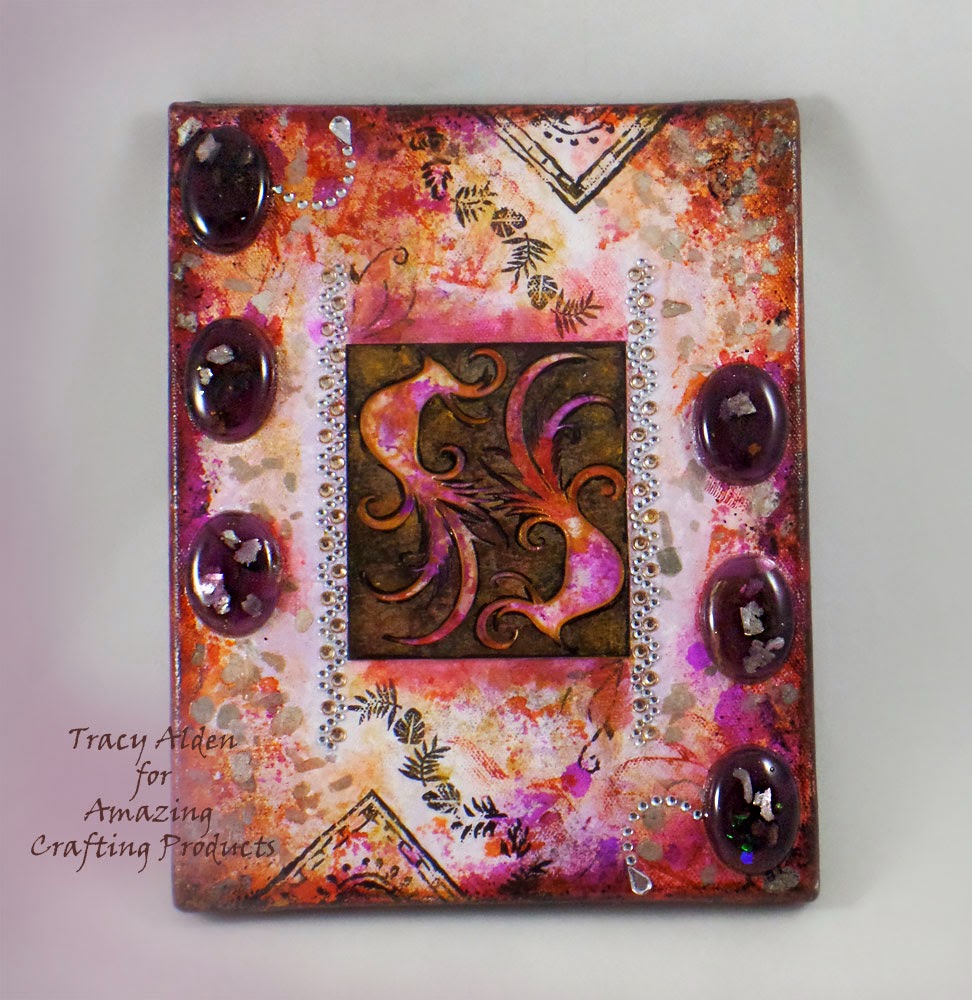 With some wonderful supplies and some saved pieces,
I was able to create a summer wall decor piece!

What wonderful Mixed Media project
would you create with these supplies?

Add a "POP" of Spring to your art journaling... 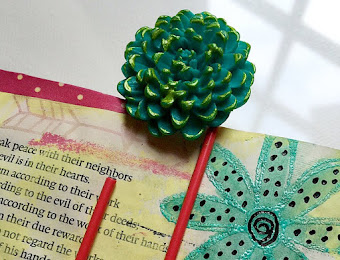